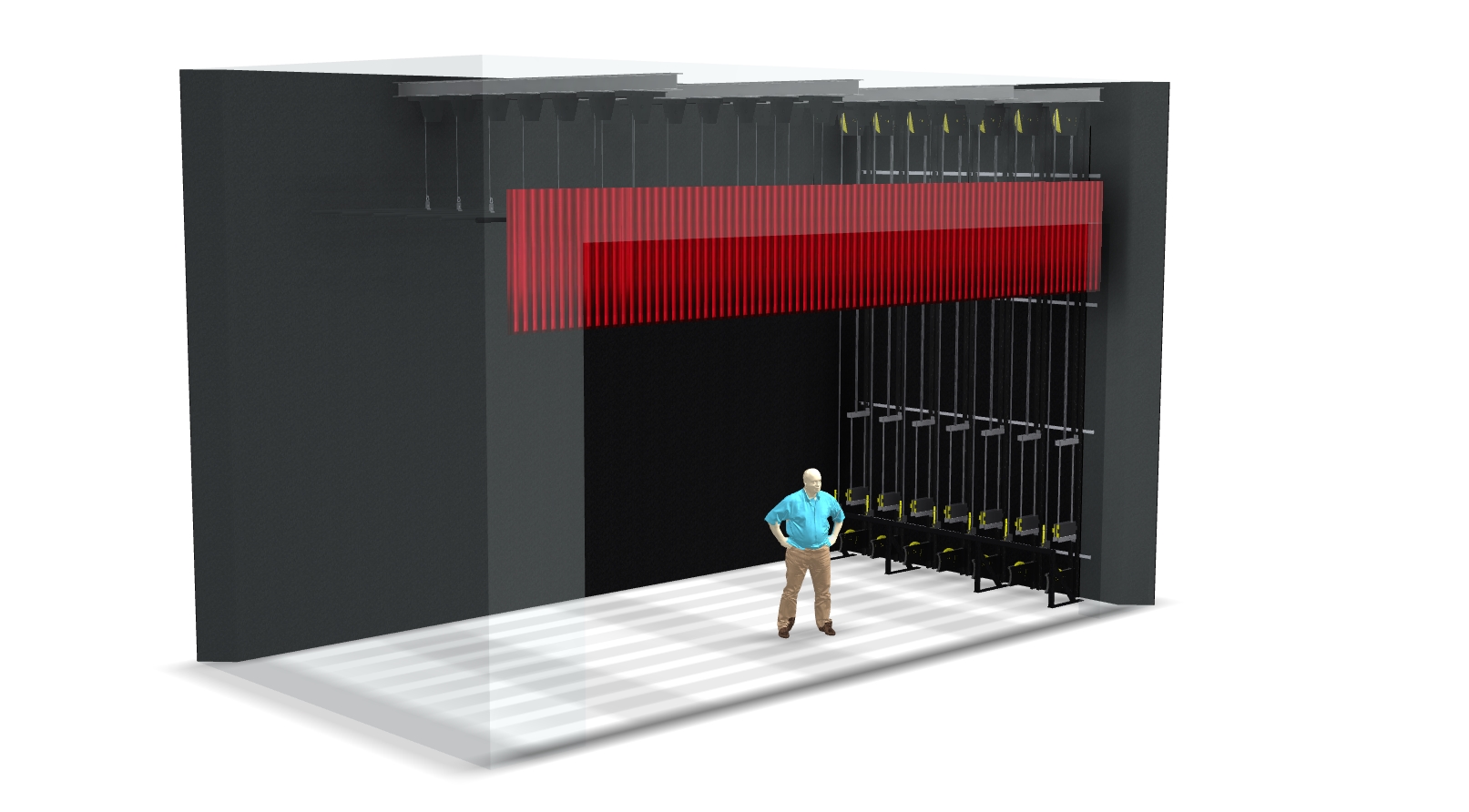 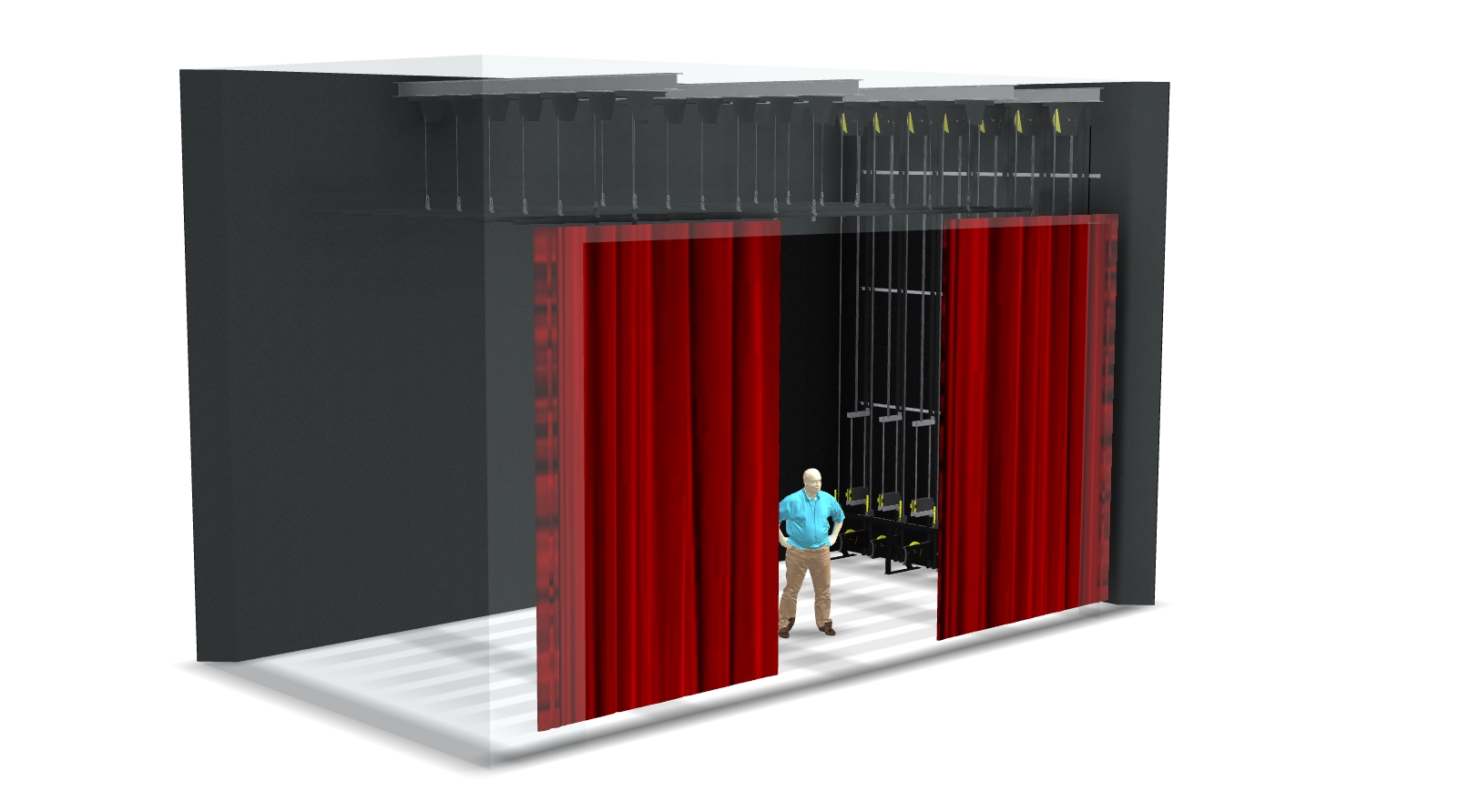 The Proscenium Curtain, also called Front or Main Curtain, is used as a sight and sound barrier between the audience and stage. As the focus point for the audience before a performance, the proscenium curtain also serves as an important design element.

Most often, the Proscenium Curtain is fabricated to match the color scheme and décor of the theatre or auditorium. More luxurious versions may have trimmings such as fringe, braid, tassels, or other decorative detail.

Frequently, the Proscenium Curtain is accompanied by a Proscenium Valance which can simply be pleated to match the curtain, or draped with great decorative detail to add to the dramatic effect of the proscenium.

A proscenium curtain can be a guillotine (flying) curtain which rises above the proscenium, or it can be a traveler curtain which parts at the center and moves to the sides. The most commonly used design is the Pleated Traveler. It is used in schools, churches and professional theatres. The pleated traveler hangs from heavy-duty traveler track. It can either be pulled starting at the leading edge and gather as it is “pushed” off stage, or with a back-pack system the entire curtain can move simultaneously being “pulled” from the off-stage end and gathering on that side as well. The back-pack operation provides for a neater look.

Other design options are the Austrian Curtain, the Venetian Curtain, and the Tabbed Curtain.

Typical fabrics include but are not limited to Velour (cotton or synthetic), Damask, or Doral (vinyl backed inherently flame retardant school fabric). Lining is optional.