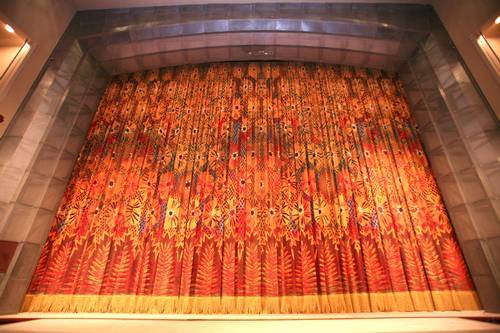 The Ziff Ballet Opera House at the Adrienne Arsht Center for the Performing Arts in Miami features the Hibiscus Grand Curtain funded by Miami-Dade Art in Public Places. New York based artist Robert Zakanitch was commissioned with the creation of a “painting” that functions as a House Curtain. IWEISS suggested the use of digital printing on velour and worked with Zakanitch from conception to completion over the course of three years. The Hibiscus Grand Curtain is a pioneer in its class as an “art curtain”. Being part of the creation was an honor and a great experience. IWeiss also provided Speaker Mesh Panels printed with art by Robert Zakanitch to cover the organ in Knight Concert Hall.