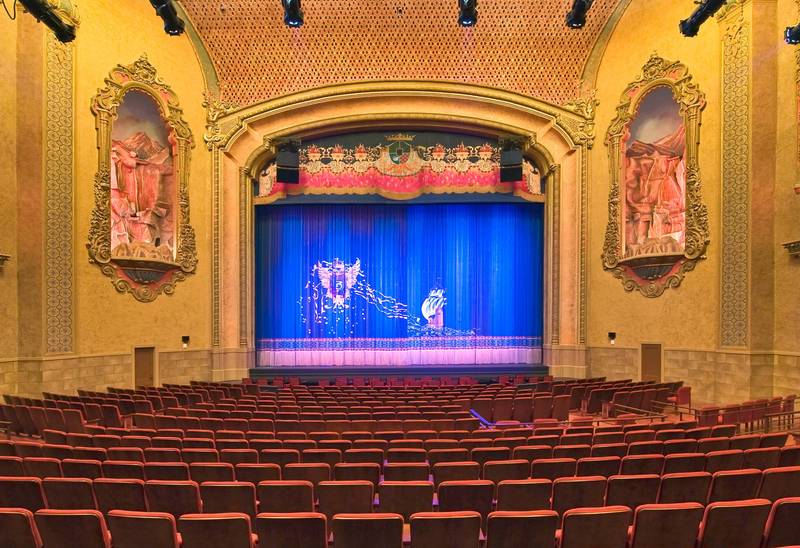 IWEISS was contracted by the Centre City Development Corporation to fabricate and install a printed house curtain for the Historic Balboa Theater in San Diego. The Balboa Theater which originally opened in 1924 and was used as a movie theater for many years was being restored to its former glory. As the original house curtain no longer existed, we worked with the architect Westlake Reed Leskosky to recreate the colors and design of the original piece as closely as possible from black and white photographs and historical records.