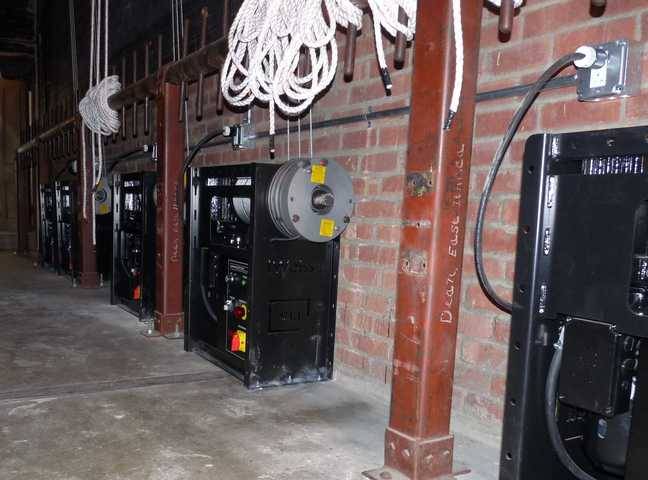 IWEISS performed a retrofit of the Stage Rigging System at Cornell University’s Willard Straight Hall.   Included in the project was the removal of the existing hemp rigging and all of the old draperies.  What was put back was nothing short of exciting.

We installed (5) IWEISS ViaWinches for their electrics’ pipes, (22) manually operated rope rigging sets, a new Cyc, Main Valance, and all new stage drapery including tracks and hardware.  Last but not least was the Stewart Filmscreen – Projection Screen.

We had an interesting load in for this screen that required a front load digger, four men, and a bit of dirt.  The area for load in was into a basement access panel, that had to be dug out for the  30’-0” long crate.