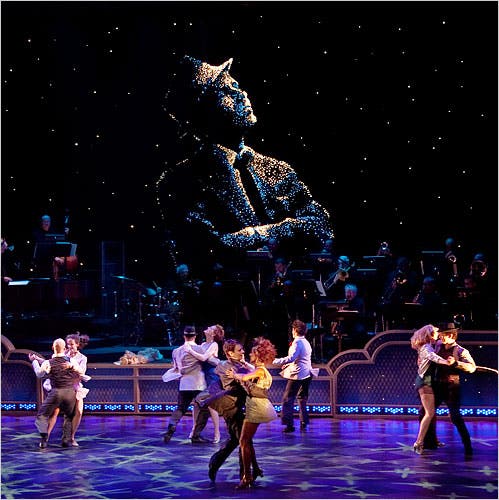 When James Youmans designed an animated fiber optic drop of a famous Frank Sinatra Pose, Geoff Quart, Production Manager of His Way Entertainment came to IWEISS.  The challenge was to make a recognizable face out of light that would animate and build in sequence. We started by fabricating a 6’ x 6’ sample of the face, which we reviewed with the designer. It helped everyone identify any possible problems and determine the best density and “pixilation” for the full size drop. (54’ w x 28’ h).  Mr. Youmans’ associate Jerome Martin provided a full scale rendering showing every fiber point in detail, which needed to be translated into zones and circuits. There were approximately 5,700 points divided in 10 circuits, six for Frank’s image, three for the starry background, and one for the animation leading up to the appearance of the Big Star. From the designer’s rendering we plotted a full scale pounce for each of the six image circuits.

Together with Main Light Industries, IWEISS was able to take the designer’s vision and make it a reality.  The set also included Stage Curtains in various fullness with Custom swagged legs in blue 25oz velour. 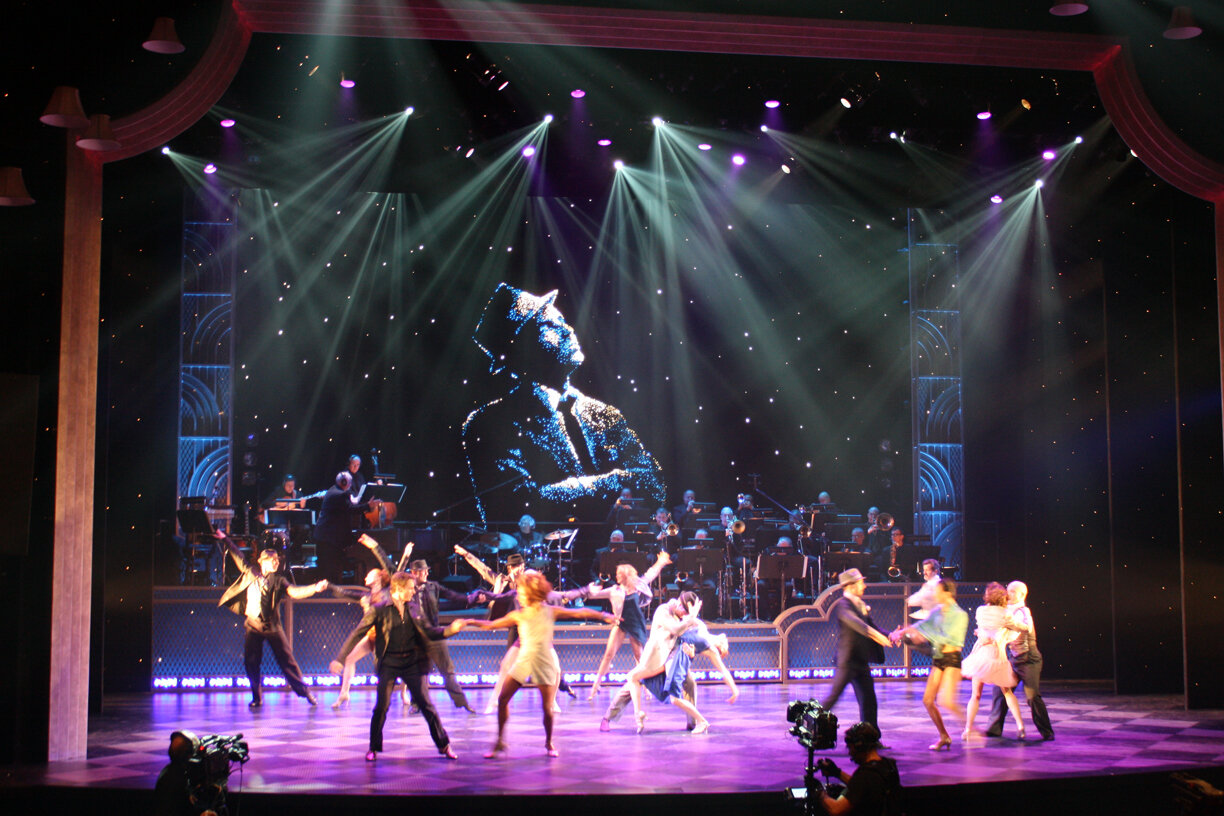