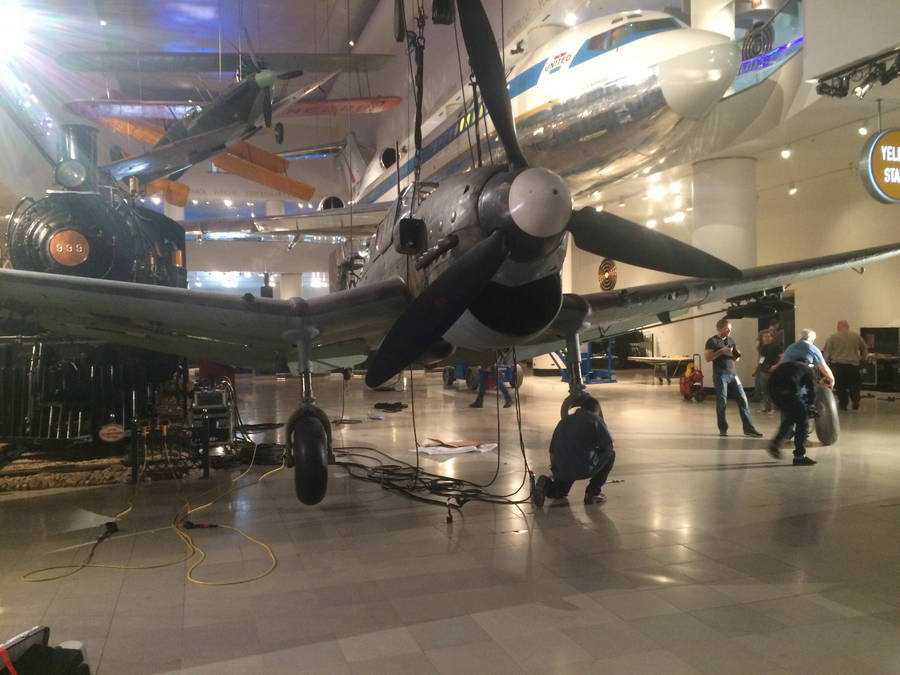 We were hired by Century Aviation to lower a German Stuka bomber to the floor at the Museum of Science and Industry in Chicago.  The challenges were great since it didn’t have to just come down but it had to move over 40′ horizontally through space to clear the nose of a Boeing 727 and a steam locomotive.  At several points our clearance at the wing tips was less than 6 inches.  Our advantage was that our Project Manager Russ Dusek was on the original installation crew in 2006 he had an idea of what it was going to take.

The plane does not have it’s engine but it still weighs 6000 pounds.  Additionally, there’s only 2 of these left in the world so the pressure was high.  We used as series of 2 Ton chain hoists to “Tarzan” this plane across the room and down to the floor.